It's up to Indigenous, environmental groups to protect the public interest 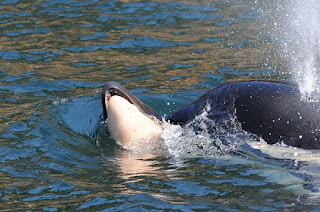 This article is Part 2 of a 2-part series which was originally published in The Lawyer's Daily on September 17, 2018. The link to Part 1 which was published Sept.11, 2018 is provided below.


Despite objections from some of the Indigenous groups about the consultation process, the Federal Court of Appeal (in Tsleil-Waututh Nation et al. v. Canada (Attorney General) 2018 FCA 153) held that Canada acted in good faith and that the consultation framework it used was appropriate.

This was a four-phase process which was to include (1) early engagement, (2) NEB hearing, (3) governor-in-council consideration and (4) regulatory authorization processes.

Where Canada fell down was in Phase III of the consultation process in that it did not meaningfully consider the concerns of the Indigenous groups or attempt to accommodate or mitigate those concerns. There was no substantive discussion about Indigenous rights and the FCA found that federal officials did little more than act as “note-takers”. The court agreed with the Indigenous groups that Canada’s notes, referred to as the Consultation Chronologies, “should be approached with caution” for failing to accurately present the facts.

When pressed by Indigenous groups for a response, federal officials merely repeated the line that they would deliver their concerns to the decision makers. When it finally did come time for a response, Canada informed the groups that it was bound by the recommendations of the NEB and that it was in effect, powerless to add any more conditions on the project. A surprising response given the fact that the FCA had already decided in the Gitxaala Nation case (Gitxaala Nation v. Canada 2016 FCA 187) that under the current legislative scheme, the only decision maker was in fact the governor-in-council and not the NEB.

The Department of Justice is the largest law firm in Canada, working exclusively on behalf of the federal government — it had no excuse for its “erroneous position.” The FCA held that the duty to consult is not met by the mere exchange or discussing of information. Consultation has to focus on constitutionally protected rights and in so doing Canada is obligated to “substantially address the concerns of the First Nation” (from Mikisew Cree First Nation v. Canada (Minister of Canadian Heritage) 2005 SCC 69. This coupled with the fact of Canada’s late disclosures, lack of responses, failure to provide more time and “closed-mindedness” frustrated the consultation process. It is Canada’s actions or lack thereof which is why the Federal Court of Appeal overturned its decision.

So, what now? Well, this is far from over. The FCA has ordered that the decision is quashed and the approval must go back to the governor-in-council for reconsideration. As part of that reconsideration, the GIC must refer the NEB’s recommendations back to the NEB. Canada must also redo its Phase III consultations and accommodations before the GIC can reconsider the approval for the pipeline expansion.

Of great concern is Prime Minister Justin Trudeau’s comments that Canada is considering the possibility of an appeal of this decision or legislation to force the pipeline project through.

Whether Canada chooses to abide by the decision or not, what we know for sure is that Canada will forge ahead with the pipeline despite the fact that the impact of a tanker spill on the southern resident killer whales would be “catastrophic” and “there were no direct mitigation measures that Trans Mountain could apply to reduce or eliminate potential adverse effects from Project-related tankers”. Perhaps Tahlequah (the female southern resident killer whale who recently carried her deceased calf for 17 days) was mourning for all us.

Indigenous peoples will also have to decide how to proceed to protect their lands, waters and the other life within their territories which depends on a healthy eco-system — including killer whales.

What we know for sure is that we cannot count on either federal or provincial governments to put the health of peoples, lands, waters, plants or animals ahead of the money to be made from the extractive industry. As the FCA held, the public interest and the duty to consult with Indigenous peoples are not in conflict. To the contrary, the violation of the “constitutionally protected rights of Indigenous peoples cannot serve the public interest”.

Looks like it is up to Indigenous peoples and environmental allies to protect the public interest and our collective futures — including Tahlequah’s and the future of her pod.

This article is Part 2 of a 2-part series that was originally published in The Lawyer's Daily on September 17, 2018.

The link to Part 1 which was published Sept.11, 2018 is at this link:
https://www.thelawyersdaily.ca/articles/7294/killer-whales-trans-mountain-pipeline-and-the-public-interest-pamela-palmater?category=opinion

My Youtube video on this issue provides more detailed information about the case.
https://www.youtube.com/watch?v=7HQfOctnT7o