The Indigenous right to say no 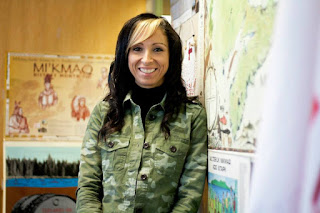 This article was originally published by The Lawyer’s Daily on October 12, 2018.

The federal government recently announced that it will not appeal the court decision which quashed Canada’s approval of the Trans Mountain pipeline expansion. Instead, Canada will engage with the 117 impacted First Nations in a consultation process led by former Supreme Court of Canada Justice Frank Iacobucci.

If ever there was a sign that the government was going to force this pipeline expansion through the review process, this is it. After all, federal elections are just around the corner and Liberal Prime Minister Justin Trudeau has become the face of the Trans Mountain pipeline dispute and all the broken promises that it entails.

Being criticized from all sides — the provinces, industry, Canadians and Indigenous peoples, and now the Federal Court of Appeal — Trudeau decided to bring out the big guns: Iacobucci.

There is little doubt that he was engaged to lead this process to ensure that the technical aspects of consultations are met, thus insulating the government from an appeal of its decision. Even the most trusting person would be hard pressed to believe that the Supreme Court of Canada (SCC) would hear an appeal about Iacobucci’s consultation process let alone consider it in a truly neutral fashion.

Even if I am wrong about this, what kind of message does this send to First Nations who have been taking their cases to the SCC in the hopes of fair and impartial consideration for decades? Will they now wonder if their cases will be heard by justices who, after they retire will work with governments against their interests?

Remember that conflict of interest is not only the presence of an actual conflict, but also reflects the appearance of conflict. Justice Canada describes judicial independence as the “cornerstone of the Canadian judicial system” and refers to the clear separation of government and the courts. While some might argue he is no longer a sitting justice and may be perfectly legal and ethical according to the rules of ethics of the federal government and even law societies — it still doesn’t feel right. In law school, we learned that lawyers are duty bound to uphold the honour of the legal profession while at work and in our personal lives — even after retirement.

To my mind, Iacobucci carries with him the honour of Canada’s highest court in all his actions, even after retirement. While this may not be a legal ethic issue, it is certainly a moral one. With all due respect, joining the federal side of this pipeline dispute feels a lot like taking sides against First Nations. It feels like a betrayal.

This is a similar story of betrayal that many First Nations feel when the RCMP takes the side of government in every single conflict between government laws and Aboriginal rights. The mandate of the RCMP is to not only prevent crimes and maintain peace and order, but also enforce laws.

According to Canadian law, the Constitution is the highest law in the land. In theory, First Nations should be able to seek the assistance of the RCMP to protect their constitutional rights from being breached by governments or industry. Instead, the RCMP seems to always abide by the will of government and stop us from exercising our rights and/or provide physical protection and security for the extractive industry to allow them to breach our rights.

The government is using these national institutions, the RCMP and the courts, against us to force the expansion of this pipeline. The RCMP arrested land and water defenders in B.C. and now a former SCC justice will be used to insulate Trudeau’s future approval of the pipeline expansion.

Therein lies the real injustice of this process. Regardless of whether the new consultations are led by a former SCC justice or Trudeau himself, Canada has already decided that the pipeline will be built, before ever talking to any of the impacted First Nations, including those that have asserted Aboriginal title. This renders our constitutionally protected Aboriginal rights meaningless. What legal value is the federal government’s constitutional obligation to consult, accommodate and obtain the consent of First Nations before taking actions that would impact our rights and title, if “consent” is interpreted as the right to say yes but excludes the right to say no? It makes no logical sense to interpret the law in such a way, especially to a constitutionally protected right.

Imagine if consent was interpreted this way in both the ordinary and legal understanding of the word consent. When a school sends home a permission form seeking a parent’s consent to allow their child to take a field trip, if the parent does not give consent, the school cannot allow the child to participate. Similarly, if a patient refuses to give consent to an operation to have their hip replaced, then the doctor cannot perform the operation. The absence of consent means no — in other words, a veto that has real legal power and meaning. Imagine if consent was interpreted in this illogical and diminished manner for sexual relations as it is for Aboriginal rights. Imagine if sexual consent in law meant that a man could consult with the woman on whether she wanted sexual relations, and was even willing to accommodate (“where appropriate”) her wishes about how to have sexual relations, but she had no right to say no — no veto over whether or not sexual relations occurred? That is called sexual assault and it is a crime.

The greatest injustices that have ever been committed against First Nations in Canada have resulted from denying the sovereign right of our Nations to say no. The right to have a real veto over infecting our blankets with smallpox; from scalping our people; from stealing our children and raping, murdering and torturing them in residential schools; sterilizing our women and girls; from the forced adoptions of our children into white families during the Sixties Scoop; to the murders and disappearances of our women and girls; to forced human trafficking and now the destruction of our lands and waters for profit.

The right to say no is an inherent part of the legal concept of consent. To interpret this concept otherwise is racist, discriminatory and self-serving, not unlike the doctrines of discovery and terra nullius. Surely, even the SCC would not interpret their own decisions in such an impoverished manner. To do so would render s. 35 an empty shell of a constitutional promise.

No former SCC justice should take part in such an exercise as between Canada and First Nations. I think the honourable thing for the former justice to do would be to withdraw from the process. It might just help even the playing field in a game which is already skewed by a major imbalance of power.


The link to the original article published by The Lawyer's Daily on October 12, 2018

We should also be able to exercise our right to say no to Trudeau's proposed legislative framework that will impact our rights:
https://www.youtube.com/watch?v=c7Z3579b20c&t=2s