First Nations and the Business of Cannabis 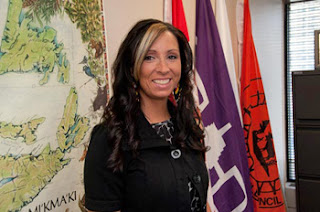 This article was originally published in The Lawyer's Daily on Sept.25, 2019 -(see link below)

Justin Trudeau’s 2015 election platform promise to immediately legalize marijuana if elected spurred a frenzy of activity behind the scenes. There were police officers, politicians and other former leaders, previously against the sale of the drug, making plans for their own cannabis boutiques. The very same people that had previously outlawed, arrested and jailed people for growing, possessing and/or selling cannabis would now have the unfair insider advantage about where to sell and to whom.

In the chaotic positioning that played out behind the scenes by those “in the know,” very little attention was given to the full legal implications of Bill C-45, the Cannabis Act.

The failure to properly engage First Nations about the legalization of cannabis was not only irresponsible policy making but was also a lost political opportunity to work on a nation to nation basis with First Nations — one of Trudeau’s other campaign promises. Trudeau, who had also pledged to respect Aboriginal and treaty rights and implement the United Nations Declaration on the Rights of Indigenous Peoples (UNDRIP), failed to sit down with First Nations and come up with a comprehensive cannabis legalization plan that would not only address legalization (manufacture and sale), but also the thousands of Indigenous peoples in jail or with criminal records for cannabis offences.

Further, in neglecting Canada’s legal obligation to enact laws which are consistent with the Aboriginal rights contained in s. 35 of the Constitution Act, 1982, it missed the chance to harmonize federal, provincial and First Nations jurisdictions and laws in relation to cannabis. This void has created the potential for not only legal conflict, but for political and social tensions at the local level.

Take for example, the situation in Ontario. Premier Doug Ford’s Conservative government has decided to proceed to license cannabis sales by way of a lottery. Only a small number of licences are targeted for First Nations distributors on reserve and none for First Nations peoples and businesses located off reserve. In every way, Ontario’s cannabis lottery scheme offends Aboriginal and treaty rights, as well as First Nations’ inherent sovereignty and jurisdiction over their own lands, peoples and businesses.

Ontario’s plan presumes that provincial jurisdiction trumps First Nation jurisdiction — which is not the case. Both the 1997 Inherent Right Policy which confirmed that s. 35 includes and protects the right of First Nations to be self-determining, and Trudeau’s commitment to respect First Nation governance rights should have resulted in much more comprehensive legislation. UNDRIP, which is the standard by which United Nations treaty bodies will hold Canada to account, protects the Indigenous right of self-determination which includes governance, lawmaking and enforcement, as well as the management of Indigenous economies within their traditional territories (i.e. not limited to the reserves).

These unresolved spheres of jurisdiction between First Nations and the provinces have already created confusion on the ground with some First Nations enacting their own laws, some ignoring provincial laws and others choosing to allow or ban cannabis on reserve as a governance decision.

In still other First Nations, without any First Nation law in place, and according to the long-held legal and political position that provincial laws should not apply on reserve, many individuals have started their own cannabis businesses. This is putting a strain on some First Nations who felt not only excluded from cannabis policy development, but were not resourced to develop laws, policies and enforcement frameworks about First Nation-owned businesses versus individual businesses.

Much of the First Nation critique also included concerns about the lack of time and resources to develop health and safety plans for each First Nation. While there are some exceptions, in general, much of this legal, economic and social co-ordination remains outstanding.

What is worse is that Trudeau’s failure to work collaboratively with federal, provincial and First Nations jurisdictions created a political gap in which non-government entities, like the Assembly of First Nations (AFN), could step in and start stirring the pot.

More than a year after the passing of the Cannabis Act, the AFN held a Cannabis Summit to talk about the implications of cannabis legalization. Their summit targeted federal and provincial government representatives and agencies, as well as First Nations. It was no surprise then that Day One of the summit saw the chief commissioner of the so-called First Nations Tax Commission (FNTC) on the agenda trying to persuade First Nations to submit to federal tax regimes for cannabis.

The FNTC is a Crown agency, fully governed and staffed under federal laws and regulations. The inclusion of the word “First Nation” in the title is really misleading. The goal of the federal government, through the FNTC, has always been to get First Nations to tax themselves and give up their reserve lands and turn the lands into individual fee simple parcels (i.e. provincial jurisdiction).

This brings us full circle back to the legal and political confusion at the local level which, on the one hand, is clearly the result of Trudeau’s failure to harmonize all legal systems and jurisdictions in Canada, but also the fault of the AFN.

The AFN waited nearly four years to have this summit — which appears conveniently timed so as not to make any waves for the Trudeau government before the legislation was passed. We saw very little public advocacy for First Nation governments to be part of the policy development around legalization and thus, in the eyes of many, the AFN failed its job as an advocacy organization. The result? The AFN shares responsibility for this legal void as well as the thousands of First Nations peoples who are languishing in jail, on parole and subject to conditions and/or unemployable due to past cannabis offences which have not been pardoned or fully expunged from their records.

Once again, First Nations peoples at the local level pay the price and receive few of the benefits.

Far from delivering on his promise to fully legalize cannabis, Trudeau controlled and commodified the cannabis trade which seemed to benefit insider entrepreneurs and left the full decriminalization of cannabis for another day. In the end, there were no political waves from the AFN with regards to federal legalization.

On the positive side, more and more First Nations leaders have engaged with their citizens and are in the process of enacting or have already enacted their own rules and regulations related to cannabis. Many have realized that they are on their own in terms of defending their jurisdiction to govern their own economies. They are in fact the rights holders and waiting around for the AFN to encourage Trudeau to harmonize laws is clearly not on the agenda. As with every other right ever proven by First Nations and reaffirmed in court decisions, the right to govern the cannabis business will have to be lived, asserted and defended by First Nations on the ground.

This article was originally published in The Lawyer's Daily on Sept.25, 2019:
https://www.thelawyersdaily.ca/articles/15506/first-nations-and-the-business-of-cannabis-pamela-palmater?spotlight