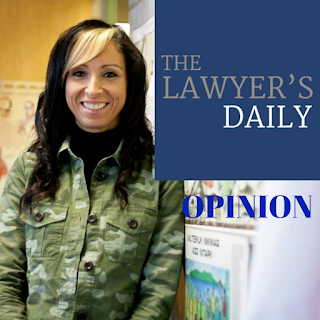 The unofficial slogan for the 2015 Liberal election campaign was “there is no relationship more important to Canada than the one with Indigenous peoples.” It was a mantra shared repeatedly by Justin Trudeau pre- and post-election and stood in stark contrast to former Conservative Prime Minister Stephen Harper’s adversarial relationship with First Nations. In fact, it was Trudeau’s election promise to make Indigenous issues a political priority, together with his commitment to a nation-to-nation relationship grounded in respect for Indigenous rights, that helped his party win the Indigenous vote.

While not all Indigenous people voted for the Liberals, record numbers of them voted — largely to help the Liberals unseat the Conservatives. Fast forward to this election and Trudeau started his campaign with a speech that focused on the middle class and ignored Indigenous peoples entirely. Indigenous issues then seemed to slowly disappear.

In addition to not mentioning Indigenous peoples in his first campaign speech, Trudeau also didn’t show up for the first leaders’ debate hosted by Maclean’s and Citytv, which is, in essence also failing to show up on Indigenous issues. While the Maclean’s debate started out well, with strong interventions from Elizabeth May of the Green Party, the void left by Trudeau’s absence allowed the leader of the Conservatives, Andrew Scheer, to turn every question on Indigenous issues into a discussion on forcing approval of natural resource projects regardless of First Nation opposition. At one point, he spoke against Indigenous groups “holding hostage” resource projects — the same kind of aggressive stereotypes used by the former Harper government that paint First Nations as dangerous. While both May and NDP leader Jagmeet Singh called him on this disrespectful language, Trudeau was missing in action and not there to provide the kind of response Canadians expect of a leader who claimed to be committed to respectful nation-to-nation relations with Indigenous peoples.

Trudeau’s absence also allowed the candidates the extra time to turn questions about the United Nations Declaration on the Rights of Indigenous Peoples (UNDRIP) and the dire need for safe drinking water on reserves into a debate over Trudeau’s handling of the SNC Lavalin case. While the host, with the exception of one attempt at redirection, allowed the Indigenous issues segment to devolve into pipelines and SNC Lavalin, the candidates also used their precious time to take digs at Trudeau and neglected to focus on Indigenous issues.

Given that the National Inquiry into Murdered and Missing Indigenous Women and Girls concluded that Canada is guilty of both historic and ongoing race-based genocide against Indigenous peoples, which specifically targets Indigenous women and girls; it is unfathomable that this was not even a question by the moderator or debated by the candidates. Early on Indigenous families feared that the urgent action required to end genocide against Indigenous women and girls would be lost to talk of pipelines and elections. Sadly, and shamefully, this has become a reality.

The first leaders debate which included Trudeau, focused more on pipelines, climate change and taxes for the middle class than on Indigenous questions asked or the multiple, overlapping crises brought about by ongoing genocide which is literally killing Indigenous peoples. While this is in part the fault of the host for framing the first question around Scheer’s proposed pipeline corridor and inviting debate about pipelines instead of focusing on Indigenous priorities, the candidates also had a responsibility to refocus the debate.

Trudeau, May, and Singh have platforms with significant commitments on Indigenous issues, yet all failed to promote these commitments during the debate or force discussion on the bigger issues like murdered and missing Indigenous women; the crisis of Indigenous kids in foster care; the over-representation of Indigenous peoples in prison; or the extreme poverty on many reserves. Neither Maxime Bernier, leader of the Peoples Party of Canada, nor Bloc Leader Yves-Francois Blanchet made much of contribution to the debate on Indigenous issues at all.

At this stage, it doesn’t look like Indigenous issues will feature prominently in the rest of the campaign and are at risk of disappearing entirely from focus. This development is in no way benign or the natural ebb and flow of election campaigns. This appears to be a purposeful strategy to take focus away from the national inquiry’s finding of genocide in relation to murdered and missing Indigenous women and girls; the Canadian Human Rights Tribunal (CHRT) finding of willful and reckless racial discrimination against First Nations children; the many interventions of the United Nations treaty bodies about Canada’s grave human rights violations of Indigenous peoples; and the failure to address water issues on reserve.

The Assembly of First Nations (AFN) is not without fault here. They are a major barrier to the development of an actual nation-to-nation relationship with First Nations and have failed to strenuously demand accountability for the deaths of Indigenous peoples from Canada’s own laws, policies and practices. Instead, the AFN has been so busy praising the Trudeau government and encouraging First Nations to vote, that they too have failed to really push the candidates to prioritize Indigenous issues.

Instead, the AFN issued a laundry list of so-called priorities that focus on meetings, processes, dialogue and more paternalistic federal laws and policies. All of which translates into millions of dollars for the AFN, but little substantive change at the local First Nation level — the actual rights-bearing governments. Any party platform that grounds reconciliation in a relationship exclusively through the AFN condemns us all to the status quo.

Trudeau has deflected the growing national crises in First Nations thus allowing the Conservatives to downplay their political commitments, if any, to Indigenous peoples. When the two governing parties set the agenda in this way, it has a ripple effect. If the prime minister is no longer considering Indigenous issues a priority, what kind of message does that send to doctors, teachers and social workers? How bad has it become that both the Liberals and the Conservatives agree that appealing the CHRT decision is better than ending racial discrimination against First Nation children in care? If the AFN praises Trudeau in the face of broken promises, why would the public demand more?

While the Green Party and NDP have made significant commitments in their platforms to address many of these urgent issues, practically speaking, neither will likely form the next government. So, while their attempts to elevate the urgency of these issues are commendable, their ability to raise the bar past the very low bar set by the two so-called governing parties, is limited. The ripple effect will then be felt in the mainstream media coverage and the opinions of everyday Canadians.

This reconciliation train is now headed in the opposite direction of what was intended by the Truth and Reconciliation Commission Calls to Action or the National Inquiry’s Calls for Justice. How is it possible for Canada to be found guilty of genocide in June and then federal leaders focus their campaigns on middle class jobs and taxes in September? Indigenous peoples continue to die at alarming rates from Canada’s infrastructure of racist laws, policies and practices.

Reconciliation cannot be achieved if its lifespan is dictated by what carries political currency in each election. The leaders all have a legal and moral obligation — and historic opportunity — to do better. The question is whether Indigenous issues can be resurrected in a substantive and meaningful way before the election — but that doesn’t seem likely.


*This article was originally published in The Lawyer's Daily on October 15, 2019 at this link:  https://www.thelawyersdaily.ca/articles/15967/indigenous-issues-slowly-disappear-from-election-2019-pamela-palmater?category=opinion