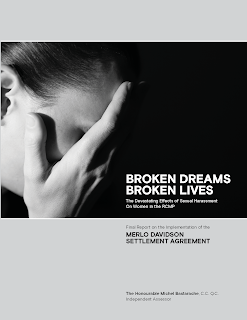 "This process has forever tarnished the image of the RCMP as a Canadian icon."
(The Honourable Michel Bastarache, Independent Assessor)

Racism, misogyny and homophobia - these are the characteristics of Royal Canadian Mounted Police (RCMP) toxic culture according to a new report released this week.
The report: Broken Dreams Broken Lives was written by former Supreme Court of Canada Justice Michel Bastarache, who had been engaged as an independent assessor to review the more than 3,000 claims of sexual harassment experienced by women who worked for the RCMP. He found that the experiences of these women in the RCMP were nothing short of devastating.
In addition to those women who suffered from violent sexual assaults by their male RCMP colleagues, many women have been left with deep psychological injuries which range from major depressive disorder and post-traumatic stress disorder to substance dependence and even suicide. Bastarache emphasized that “it is impossible to fully convey the depth of the pain that the Assessors witnessed” and that “no amount of financial compensation can undo the harm” these women and their families experienced at the hands of the RCMP in all provinces and territories.
RCMP CULTURE EATS POLICY
The real tragedy is that none of this is news - not to the RCMP or the federal and provincial governments. All of them have known about this long-standing, widespread problem of racism, misogyny, homophobia and violence within the RCMP for many decades - through both internal and external reports and litigation.
The RCMP are a male-dominated, para-military organization whose powerful, toxic culture has prevailed despite internal policy changes. They are impervious to change because "Culture eats Policy every time". The RCMP are invested in the status quo and will not change.
“Indeed, there are strong reasons to doubt that the RCMP has this capacity or the will to make the changes necessary to address the toxic aspects of its culture.” 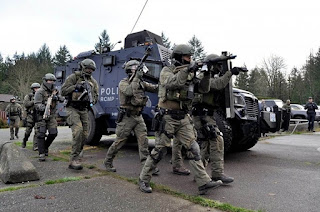 Canada Should Declassify, Deconstruct and Defund the RCMP
SEXUALIZED VIOLENCE
One of the most disturbing aspects of the Broken Dreams report is how male RCMP members and leaders saw women as "fresh meat" to be used and abused as they saw fit. Th
The stories told to the Assessors "shocked them to their core". In addition to "serious acts of penetrative sexual assaults", male RCMP from all over Canada engaged in horrific acts of sexual harassment and abuse including: 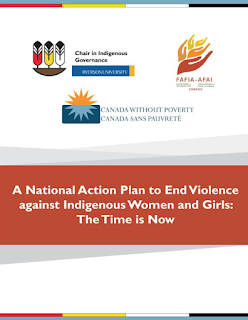 The report details how the RCMP treated Indigenous women even more poorly than other women.

In addition to the humiliating and degrading behaviours experienced by other women in the RCMP, Indigenous women were also referred to as "squaw" and "smoked meat" and “were, at times, forced to watch RCMP members treat other Indigenous people brutally.”

Their male RCMP colleagues took advantage of the fact that many of these Indigenous women were young and came from small or remote communities and were not accustomed to this type of toxic culture.

“Indigenous women, particularly those who had been abused as children, were preyed upon by their male colleagues for sexual favours.” 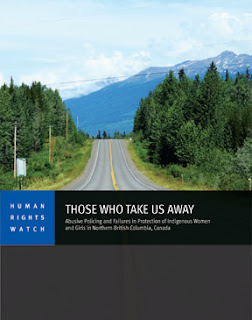 Those Who Take Us Away: Human Rights Watch

The RCMP has long relied on the "few bad apples" justification to protect their organization's status quo which has resulted in so much pain and suffering by women in the RCMP.

Despite the fact that RCMP members and leaders have long denied the systemic and cultural nature of their racism, misogyny and homophobia, this report found that sexual harassment in the RCMP exists "at every level of seniority and in every geographic area of Canada" and is "deeply embedded in its culture". Even those members and leaders who are well-intentioned make choices to accept this culture and stay silent on the injustices.

"The reality is, however, that even honourable members (and well-intentioned leaders) have been required to conform to (or at least accept) the underlying culture, which they have, for the most part, had to adopt in order to succeed in their career. Those who do not accept the culture are excluded." 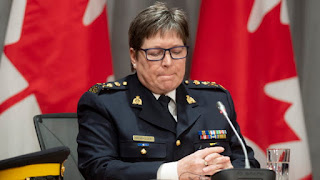 RCMP CANNOT BE FIXED FROM WITHIN

This report makes it very clear that the RCMP cannot be fixed from within. They simply refuse to acknowledge that there are significant problems that are systemic and deeply rooted within their culture.

Their toxic culture of racism, misogyny and homophobia is "powerful and presents an obstacle to change". Furthermore, “Financial settlements of class-action lawsuits will not change this culture”. The Assessors found that the RCMP "are invested in the status quo and will not likely want to make the necessary changes to eradicate this toxic culture".

In fact, many of the women that had been interviewed felt that there was no chance for reform within the RCMP and some suggested it was time that it be replaced. This is what many Black and Indigenous peoples have been saying for decades and why the calls for the RCMP to be abolished have grown stronger in recent years.

And finally, the report concluded that the RCMP are not able to either investigate or remediate these problems.

“These men were often not held accountable for their actions. Indeed, the Assessors were told that one tactic used by the RCMP to resolve complaints of sexual harassment was to promote and transfer these men.” 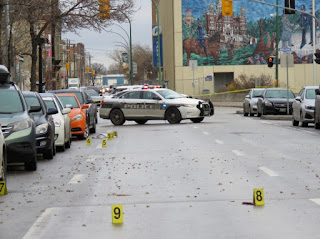 It is clear from this report that the RCMP has neither the will nor the ability to address its toxic culture and its widespread sexualized violence within its ranks.

It must also be kept in mind that this is just one of many class actions against the RCMP. The RCMP's toxic culture of racism, misogyny and homophobia, together with widespread sexualized violence, represents a major public safety issue for women generally, and especially for Indigenous, Black and marginalized women and girls.

We need Canadians to call on Canada to: